What Is Gum Disease?

Both plaque and tartar are substances that can be found on teeth, and both of them harbor bacteria. This bacteria attacks the gums, leading to gum disease.

Gum disease, also known as periodontal disease, is an infection of the gums due to the unchecked presence of bacteria in plaque and tartar on the teeth. This disease begins with annoying symptoms that patients often ignore, not realizing that it can lead to serious consequences like tooth loss and health complications.

Video Image Placeholder
“The staff is very nice and welcoming. They explain everything, in detail, which I love because I'm very detail oriented. They have always made it a point to make me feel special and ask how I'm doing. The Dr's there are all very gentle and do great dentistry.”
Emma M.

Plaque forms on your teeth as you eat and drink throughout the day. Even with the best attention at home, which includes regular brushing and flossing, plaque will form without regular dental treatment. Tartar is formed when the sticky film called plaque, that is continually attacking your teeth and gums, is not removed.

Brushing, flossing, and your regular six month professional cleanings remove this plaque and tartar to prevent harmful bacteria from causing gingivitis. When bacteria gets in below the gum line, it causes inflammation, triggering an immune response from the body.

The inflammation and immune response lead to a number of distressing symptoms.

Gum disease often begins with symptoms that are annoying but do not appear to be very serious. These symptoms include:

When patients ignore these symptoms, the bacteria in their mouths continue to flourish, irritating the gums and causing more serious symptoms. These symptoms can include:

There are key differences between these sets of symptoms that help us define stages of gum disease. Our hope is that we can treat your periodontal disease at an early stage — when the symptoms are less troublesome — so we can save you from the pain and life-altering consequences of later stages.

Gingivitis is the first, mild stage of gum disease. This is where the swollen, bleeding gums come in. But without your dentist getting involved to remove this plaque, it will progress into periodontitis.

Periodontitis is the stage at which gum disease is far more than a minor annoyance. Gum tissue begins to recede, and teeth are becoming unstable. Patients may even notice symptoms like pus and sores.

Unfortunately, this is typically the stage at which patients finally come to see us. Periodontitis is often treatable, but it would be far better for patients to come to our office at the gingivitis stage.

In addition to oral health concerns, patients need to be treated for gum disease in order to protect their overall health. Studies have shown that there is a link between a buildup of the bacteria that is always present in your mouth and plaque and major health issues in your body.

Although tooth loss itself is a major concern, the whole-body effects of untreated gum disease are where things get serious: heart disease, arthritis, respiratory disease, preterm labor for pregnant women…your entire body can be compromised due to the bacteria on your teeth. 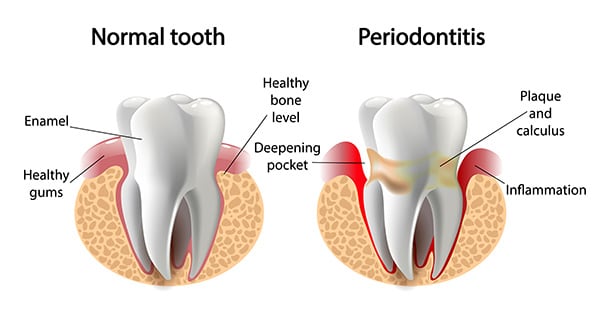 At every appointment, we will diligently search for signs of gum disease. At each appointment, we assess your periodontal health using depth measurements of the pockets that are around the teeth. If we notice any points of concern, we can use additional screening tools and techniques to determine your risk for periodontal disease and tooth loss.

The Libby Dental periodontal treatment is used on patients who are at a higher risk for tooth loss due to periodontal disease or who have an incurable or chronic bacterial infection.

Periodontal treatment is designed to help prevent gum disease from spreading to your jawbone and causing tooth loss. The team at Libby Dental is pleased to offer periodontal treatments to their patients that will remove the tartar and plaque that form below and above the gumline.

A scaling and root planing procedure is the typical process used by dentists to remove damage and decay caused by advanced gum disease.

During these procedures, plaque and tartar are removed from teeth surfaces. This is followed by a smoothing out of any rough spots on the tooth root. This procedure is performed while you are under local anesthetic. If necessary, your teeth with be evaluated using x-rays to look at the bone that is supporting the teeth, and an evaluation will be done concerning any treatments in the future.

We will also review how you are controlling plaque with your dental maintenance at home and help you make needed adjustments. Dr. Libby will discuss the frequency of periodontal treatments based on your individual oral health, along with the type of periodontal disease you have and how well you respond to treatment.

At Libby Dental, we are dedicated to helping you maintain the best periodontal health possible. It is important to maintain healthy gums and teeth with good oral hygiene at home, along with regular dental visits for professional teeth cleanings and periodontal treatments. 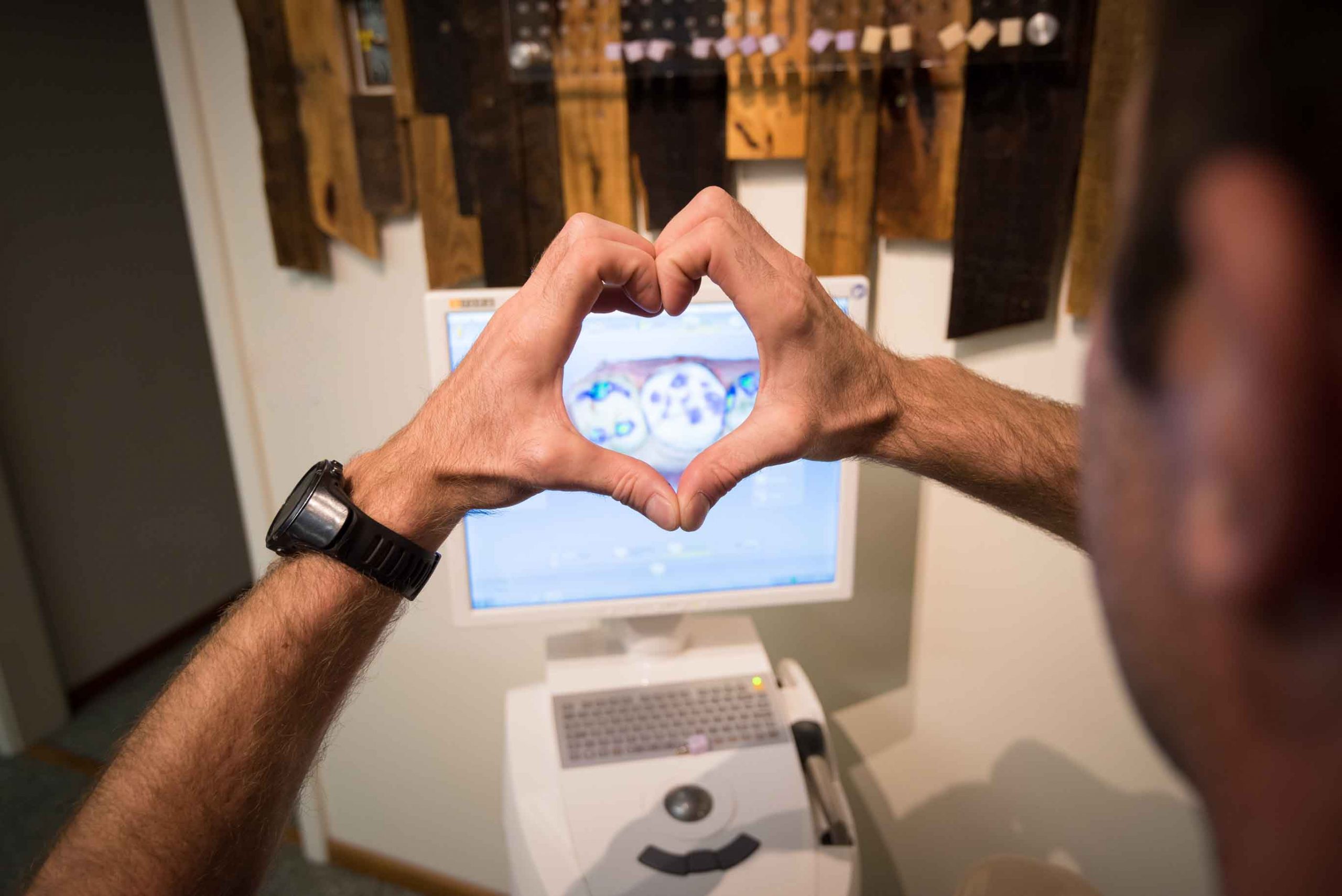 Do you want to improve your smile? Do you have a dental concern?

Request a FREE virtual consult with us today and get all of your questions answered in three easy steps.